Tony Paige – 5/27/2019 – MSN Sports
It was always basketball and loneliness and that pushed Dick Barnett. It was a tandem that would lead the 82-year-old former New York Knick, now educator, to greatness on and off the court. 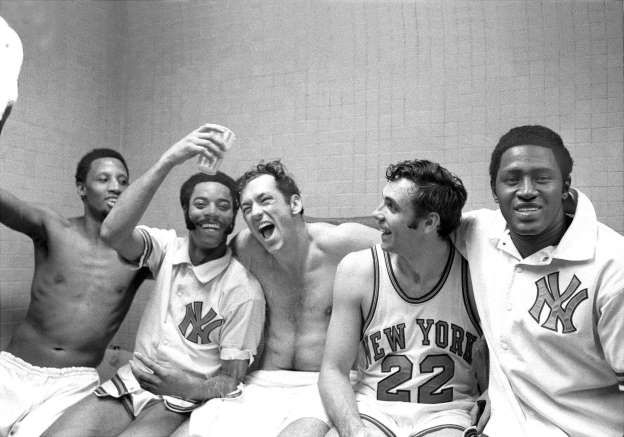 When he was a senior at Theodore Roosevelt High in Gary, IN, that drive was already in effect. As classmates were arriving for the prom, limos dropped off the boys in their rented tuxedos and the girls in their long gowns. Barnett didn’t attend his school prom. He was busy.

“The ceremony was held in the gym at 5pm, but I was outside on a basketball court practicing by myself,” recalls Barnett. “When my classmates left the prom and got back into their limos for after-prom parties. I was still practicing.

“When my classmates started leaving the gym, one said, ‘There’s Dick Barnett and his basketball.’ I was there with my loneliness and my basketball and my dream as they came and left.”

Barnett’s persistence paid off as he attended Tennessee A&I University (now Tennessee State) and starred as his team won three straight NAIA championships with him garnering back-to-back MVPs in the tournament in 1958 and 1959. After college, he was drafted in the first round, fourth overall, by the Syracuse Nationals (now Philadelphia 76ers).

He bounced around the NBA from the Nationals to the Lakers and the finally with the Knicks where he won two championships. He also made a quick stop with the ABL’s Cleveland Pipers owned by one George Steinbrenner.

“Let’s just say George was a revelation,” says Barnett with a chuckle. He also captured a championship with the team with his Hall of Fame college coach John McClendon.

Basketball was going to be his future — until it almost wasn’t — circa 1967. 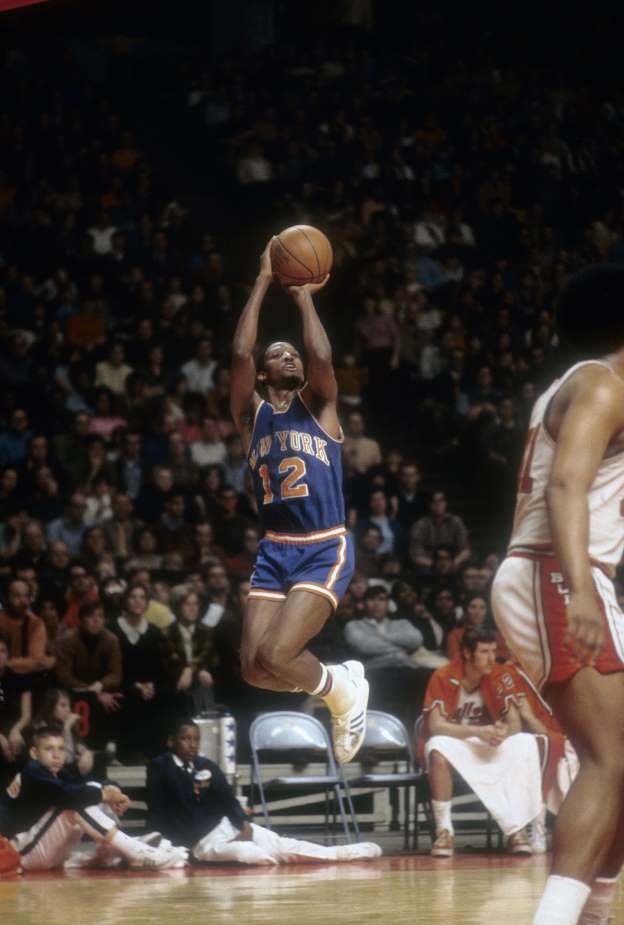 “I was a Knick playing in the Garden and I’m guarding Oscar Robertson when I tore my Achilles tendon,” says Barnett, matter-of-factly. “The trainer and doctor came into the locker room and told me I may never play professional basketball again.”

That’s when Barnett realized he needed to rely on his education for his future. Problem was that after attending college, all he had to show for four years was that funky-looking jumper. He pulled his lower legs up behind him and yelled, “Fall back baby!” after his shot because, well, it was going in and we better get back on defense.

That jumper, while good on the court, wasn’t worth two or three points in the classroom.

“Credits? I didn’t have many. I could have gone to Indiana University, but I didn’t take education seriously. I did what I had to do to stay eligible,” he says, touting a familiar refrain. “That injury changed my life around.”

Not only did he get his undergraduate degree from Cal Poly in Pomona, CA in physical education, he also received his masters from NYU in public administration and finally his doctorate from Fordham in education and communications.

He taught sports management at St. John’s for four years. After moving on, he’s now set to return to the classroom this fall at Monroe College at the New Rochelle/Bronx campus.

“The president wants me in the classroom and out to spread the word about what Monroe is accomplishing,” says Barnett and that’s not all on his plate.

Basketball Hall of Famer Earl “The Pearl” Monroe attended, as did students from the Crispus Attucks School in Brooklyn.

“Everything went well even though Earl was late,” says Barnett, spoken like a true professor.

Barnett spoke on the topics of sports, business and technology. His foundation, the Dr. Richard Barnett Center for Sports Business, Education and Technology, located at 1333 Broadway, just recently opened. The office is not far from the Garden.

“Signature Bank and Monroe College are involved with us as sponsors and NBA Commissioner Adam Silver is on my Board of Advisors,” states Barnett. “I’m trying to tell young people that there are more jobs in sports than just playing basketball. There are jobs as agents, lawyers, therapists and in the media.”

Hopefully, in four to five months Barnett is going to announce a plan for all New York-area pro sports teams to help young students with their education.

At the very least, Barnett’s name recognition with the Knicks and their two championships will open the door. He’ll gladly reminisce about Hall of Famers Frazier, Bill Bradley, Willis Reed and Dave DeBusschere and the Pearl if it leads to a commitment from the New York-area pro teams.

Don’t forget, Barnett’s retired number 12 hangs from the MSG rafters and he was inducted into the College Basketball Hall of Fame in 2007.

When he speaks with NBA players he tries to convince them that they need an “Off Road” exit to their careers.

“They tell me they made the NBA,” he says, after visiting players at the recent NBA All-Star Game in Charlotte, NC. “I ask them, ‘Can you stayin NBA?’ The average career of an NBA player is just three and a half years.”

Barnett topped that by playing 14 years in the NBA and one in the ABL.

Nicknamed Dick the Skull from his college days, Barnett has applied his talents to helping young people.

“When I taught at St. John’s, I was able to place 25 to 50 students with internships,” he states. “One of my prime students was Artie Bates who spent 14 years as Community Director for Madison Square Garden.”

Oddly, Barnett never had a mentor per se.

“My role models were Jack Johnson, Jesse Owens and Joe Louis,” he says, proudly. “I learned about them growing up in the 1950s.”

The lure of the NBA is substantial today because of the world-wide TV coverage and, of course, the money. Barnett didn’t have those perks when he played.

“When I was drafted number four overall, I got $7,500 for my contract,” says Barnett, the author of 23 books including “The Funky Jockstrap.” “A technical foul when I played was twenty-five dollars. Now a tech is twenty-five thousand.” Guess that’s that new math.

Wonder if Dr. Barnett ever worried about that when he was taking endless “Fall Back Baby!” jumpers outside the Roosevelt High gym on prom night.

This site uses Akismet to reduce spam. Learn how your comment data is processed.